"Oh Natasha," breathes a male customer wistfully from time to time. "Do you remember her?"


With a twinkle in their eye, the old geezer will reminisce about how years ago, our bar was ruled by an Amazonian princess. 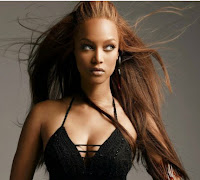 I've only caught glimpses of Natasha myself, as whenever she comes in she's usually surrounded by her model friends‒ all freakishly tall, their stick-like figures draped in odd clothing. Natasha, the star of the show, does the rounds, saying her hellos to former coworkers. Sometimes her group will stay to eat, ordering just water and salads, of course, and maybe a little wine.

Our customers' occasional longing comments are harmless enough, rolling off my back, in spite of the fact that I know none of them will ever speak of me in such hallowed terms. Not until last Saturday did I hear something that made my ears burn.

I was already having a not-fun evening. I'd been passed up for the first six-top to come in and wasn't sat with a table for more than an hour. The boss' son was at the host stand with the hostess and came to the back to ask me: "Why won't she let me seat you?" I just shook my head at him, morose, biding my time, thinking about how to set a trap for someone traversing the kitchen in heels.

Later, when I finally had some tables and my feelings of frustrations were starting to ebb, a customer asked me:  "Is Natasha working tonight?"

This guy was the head of a six-top and was two-cocktails chatty. I was pouring wine for his table, and said that no, she wasn't working, and hadn't for many years (like, seven or eight). His friend on the opposite end of the table leaned in, "Oh, she left a long time ago, got married and everything. She does commercials and modeling now for a cosmetics company."

"Is that right?" first guy said.

"Yeah, it's so strange," the friend continued to gush with his privileged information. "I don't even know why she ever worked here. Why would she need to? Maybe she was a friend of [boss man]"

Soooo, let me get this straight, I thought to myself. The reason why a gorgeous girl would ever work a job "beneath her" would be as a favor to the owner of a restaurant?

....Not for money, or because bartending can be a fun job for outgoing people?

I came close to saying something about how our restaurant is a great place to work, but chose to disappear instead.

Incidentally the guy who made this statement had previously ordered a drink at the bar, while waiting for his party to arrive, by jamming his finger in the bartender's face. The gesture had been rude enough for my bartender to forewarn me about him.

I guess not everyone appreciates having to pay bills. Serving and bartending jobs in my area pay about three times as much hourly as entry-level college positions do, which is why I got stuck back in restaurant work to begin with. It's about paying bills, yo. Even beautiful people have to pay rent.