Yesterday's events have waylaid my usual tales of restaurant mayhem. I'll be back soon with your regularly scheduled programming. 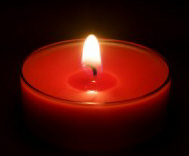 I was a happy kid. The misfit business would come later, but during grade school I was sociable and bright. I practically bobbed to school each day, excited for another story, recess, game of tetherball , or even spelling bee (I was competitive like that); another lunch time, where my friends and I would gross each other out by putting Cheetos in our milk, or potato chips in our PB&J. I couldn't think of a place I liked being at more, and felt safer.

The news of what happened Friday in Connecticut leaves me with a huge, empty feeling of what the fuck? WTF would compel a suburbanite brat to rain a hail of bullets down on a bunch of five-year-olds? There is no level of trauma that could occur in a normal, middle class life to inspire this behavior. What, did his mommy tell him he had to find a job? Pull up his pants? Boo-motherfucking-hoo. And yet, whatever the motives were, this one person, one failed life, was able to rob an entire country of their sense of sanctuary.

I remember the way my mom and my grade school teachers seemed like angels to me. I damn well was a teacher's pet, doing anything to receive a smile and exclamation of encouragement from them. Someone in an interview last night described Sandy Hook's principal as just such an angel; She went above and beyond for the kids, even on one school spirit day renting a full princess costume to welcome the kids to school. It's hard to conceive that the life of someone who gave a shit could be so easily taken by someone who clearly did not.

In the midst of Friday night dinner service, the news of the tragedy was at the margins of my mind. My main recurring thought was "Ack! Another complicated coffee/tea order! Grr..."  Then I caught sight of my boss leading a little girl, no more than five, around the restaurant. Boss man, a Sylvester Stallone look-alike, was bent over, holding her hand, telling the people standing around, Make way for Kylie! as she carefully picked her way down a couple steps. I couldn't help but think that there was an extra tenderness in his voice, a heightened awareness of his role as protector. I felt myself blinking, fighting back tears, before I went back to preparing my tenth hot tea for the evening.